Are you looking for a gift idea for that reader on your list? Or maybe some holiday reading of your own? Check out these current faculty and staff recommendations!

For anyone who loves a good coming of age story, I recommend our own Beth Nguyen’s Stealing Buddha’s Dinner (Bich Minh Nguyen).  Both hilarious and poignant, the memoir is, in her own words,  “an homage to childhood, suburbia, and all the bad food, fashion, music, and hair of the deep 1980s.”  Added bonus for foodies: each chapter is centered on a memory of food, beginning with Pringles.  (Leslie Bow)

For the friend who is open to language change in general but may secretly identify as an Old Internet Person, I recommend Gretchen McCulloch (2019): Because Internet: Understanding the New Rules of Language. Penguin Random House.  (Anja Wanner) 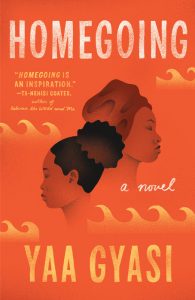 For the reader who enjoys historical fiction, beautiful prose and strong characters: Homegoing by Yaa Gyasi is a student favorite. (Sarah Wood) 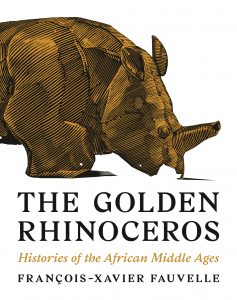 The Golden Rhinoceros: Histories of the African Middle Ages, by François-Xavier Fauvelle; translated by Troy Tice. An enchantingly readable exploration in 34 bite-sized chapters of the largely hidden history of medieval Africa, glimpsed through archaeology, and travel and trade accounts from European, Chinese and Middle Eastern records.  (Martin Foys) 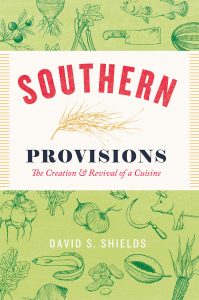 Southern Provisions: The Creation and Revival of a Cuisine by David S. Shields (Chicago, 2015) is an attempt to recover early American agricultural and cooking practices from the library.  Shields, an English professor who works primarily in the archives, founded the Carolina Gold Rice Foundation,  a nonprofit dedicated to restoring lost grains in  all their variety, as an alternative to the “generic sameness” of commercial crops. He says the older varieties taste better.  His library research helps to revive local agricultural economies of the Lowlands areas of the Carolinas and Georgia. (Ron Harris) 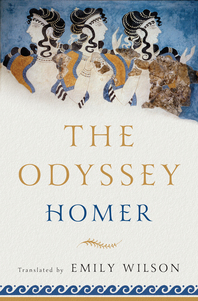 Homer’s Odyssey, translated by Emily Wilson (2017) took the classical world by storm, the subject of a New York Times Magazine feature about “The First Woman to Translate the Odyssey Into English.” Homer’s story of an andra polytropon becomes the story “about a complicated man” who “wandered and was lost.”  Wilson offers Odysseus in a new light and, in turn, helps us see the classical tradition in new ways. (Ron Harris)

The Song of Achilles by Madeline Miller (Ecco, 2012). A stunningly lyrical, deeply moving retelling of the life of the epic hero of Homer’s Iliad, narrated by his beloved friend (and here, life partner) Patroclus. A great gift for anyone willing to entertain creative re-imaginings of the Western canon. (One might say the same of Miller’s most recent feminist novel, Circe [2018]–together they would make a nice matched set). (Lisa Cooper)