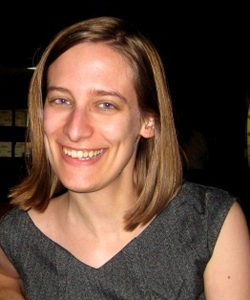 I specialize in early medieval vernacular literatures and cultures, focusing on Old English and Anglo-Saxon England. I am especially interested in the intersections between medieval studies and documentary culture, media studies, and sound studies. My first book, Epistolary Acts: Anglo-Saxon Letters and Early English Media, examines Anglo-Saxon epistolarity and early English media, examining the representation of letters in vernacular texts such as letters from heaven, hagiography, and poetry. I am also working on a second book on sound, noise, and silence in Anglo-Saxon England, portions of which have appeared in Exemplaria and Sounding Out! Other research interests include archive theory, affect theory, the history of the emotions, and the history of the book.

I teach courses on Old English, Beowulf, Chaucer, Medieval Marvels and Monstrosities, History of the English Language, and medieval media. I also enjoy teaching the survey of early British Literature (English 241), and have recently taught the seminar in the major (English 245) on the topic of sound in literature. In 2015, I received the William H. Kiekhofer Award, one of the university’s Distinguished Teaching awards.