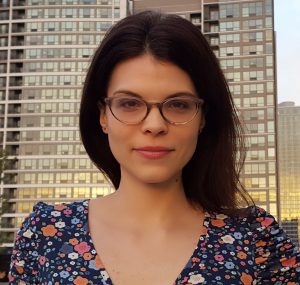 Media Laboratories: Late Modernist Authorship in South America (Northwestern University Press, 2017), examines late modernist literature in Brazil, Argentina, and Uruguay through its relationship to formerly new media such as cinema, radio, and the typewriter. I trace the transformation of the figure of the author during the period, from the avant-garde emphasis on originality and rupture to its late modernist reconfiguration as spectator and user. Media Laboratories won the Best Book (Humanities category) from the Southern Cone Section of the Latin American Studies Association.

With Jennifer Feeley, I am also the co-editor of Simultaneous Worlds: Global Science Fiction Cinema (University of Minnesota, 2015).

My book-in-progress, The Labor of Images, aims to be the first study of labor strikes as both a representational problem and opportunity in world cinema. Radiating outward from the unprecedented boom in strike films in South American cinema and political theory of the 1960s and 1970s, I analyze the strike film as a world cinema form that apprehends the constitutive representational challenges of the strike, including its spatial, temporal, iconographic, sonic, and corporeal dimensions. This project has been supported by an ACLS Fellowship and by the Institute for the Research in the Humanities at UW-Madison.

I have also begun research for two additional book projects.

The first examines the intersection of surrealism and eroticism in postwar literature and visual arts in the Americas. My corpus includes poetry, painting, photography, film, and sculpture by artists Alejandra Pizarnik, Marosa di Giorgio, Maya Deren, Leonor Fini, Remedios Varo, Maria Martins, and Hilda Hilst. The most provocative legacy of surrealism, I wager, can be found in the work of women artists and writers who saw historical surrealism’s focus on bodily liberation as an incomplete promise. A preliminary discussion of this project appears in the Cambridge Companion to Latin American Literature: Transitions (1930-1980) as “Eros After Surrealism and Before the Revolution.”

The second, Brazil: In Theory, explores two currents: in the first, I trace the ways in which “Brazil” has been deployed with surprising frequency by European writers as an engine for generating philosophical and theoretical claims that hinge on alterity. The second analyzes the production of theories and experiments of social, aesthetic, and political emancipation from Brazil itself.