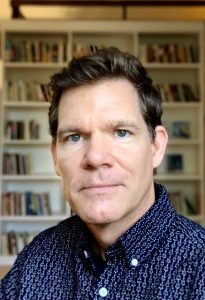 Porter Shreve is the author of the novels The Obituary Writer, Drives Like a Dream, When the White House Was Ours, and The End of the Book, which have been on best of the year lists in many newspapers and magazines including the Chicago Tribune, the San Francisco Chronicle, and the New York Times. Co-editor of three anthologies and three textbooks, his fiction, nonfiction, Op-Eds, and book reviews have appeared in Witness, Salon, the Chicago Tribune, the Boston Globe, the San Francisco Chronicle, the Washington Post, the New York Times, and other publications.

Lookout: A novel about three families who share the same property in Berkeley and are drawn into an investigation of the death of an undocumented immigrant.