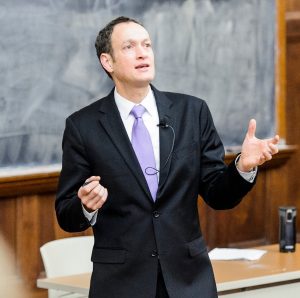 My current book project with the working title Narratives of Guilt and Innocence in the Wake of the Innocence Movement approaches wrongful convictions as narrative phenomena and argues that especially in the adversarial criminal justice setup narrative and storytelling are powerful forces that influence the outcomes of criminal cases. While most wrongful conviction scholarship is rooted in the legal, social, or psychological sciences, this book adds an interdisciplinary and comparative perspective. I address how the narrative desire leads to wrong suspects and wrong verdicts despite existing legal safeguards—in the United States and other countries.