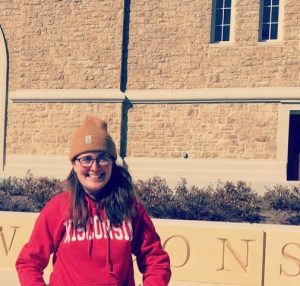 Sarah Ensor’s work engages the intersections between queer and environmental thought in American literature from the nineteenth century through the present. She is currently completing her first book, tentatively titled Terminal Regions: Queer Environmental Ethics in the Absence of Futurity. There, she asks what contemporary environmentalism’s seemingly necessary emphasis on the future has rendered unthinkable, and turns to queer theory and literature in order to trace how temporariness and (apparent) futurelessness can engender, rather than preclude, forms of community, persistence, and care. She is also the co-editor (with Susan Scott Parrish) of the forthcoming Cambridge Companion to American Literature and the Environment. Before arriving in Madison, she was Assistant Professor of English at Portland State University and Assistant Professor of English and Environmental Humanities at the University of Michigan.