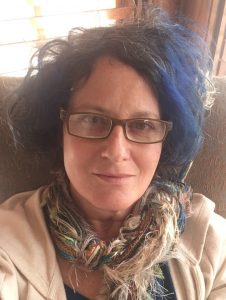 My research and teaching interests span the 12th-15th centuries in western Europe, but especially in England and, in some cases, France and Italy. I have a particular investment in the intertwined histories of labor, technology, science, material culture, and the practices of daily life (farming, hunting, cooking, medicine, time-keeping, and more). I teach undergraduate and graduate courses on medieval romance, the poetry of Geoffrey Chaucer and his contemporaries as well as successors, medieval drama, and medieval travel narrative. I also frequently teach “Literature and Culture 1” (English 241), a foundational course for undergraduate English majors that covers the Middle Ages through the early 18th century.

My first book (Artisans and Narrative Craft, Cambridge 2011) examined images of artisanal practice across a wide range of medieval genres. I am working on a second book that explores the relationship of medieval poetics and practical instruction in the later Middle Ages (tentatively entitled The Poetics of Practicality); this project has received support from the Vice Chancellor’s office for Research and Graduate Education, the Wisconsin Alumni Research Foundation, and the National Endowment for the Humanities. For a little more information, see here: https://news.wisc.edu/english-professor-explores-the-useful-and-sweet-in-medieval-how-to-texts/