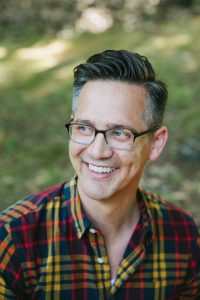 The Nature of the Page: Poetry, Papermaking, & Ecology in Renaissance England (University of Pennsylvania Press, 2020).

Focusing on the history of handmade paper, my first book, The Nature of the Page, explores the ecopoetic interplay between literary ideas and the physical forms they are made to take as sixteenth- and seventeenth-century texts. Made from recycled clothes, slaughtered animals, and felled trees, poetic texts in Renaissance England were filled with visible traces of ecological matter. I argue that the flora, fauna, and mineralia from which a Renaissance text—or a clay tablet, or a birch bark map, or an iPhone—is made are legible, significant elements of its poetic form.

Scholarship on the history of media has tended to imagine humans as the points of textual origination, as if the materials used to make paper, to make ink, to make printing type, and so on, simply existed in abundance, waiting to be harvested. In reality, ecological availability and scarcity make certain kinds of human records possible; at the moment those possibilities are realized and integrated into textual forms, textual corruption and disintegration begins. Texts, in other words, are and arise from within unique ecosystems. The Nature of the Page reveals a more ecologically deterministic, but also a more poetic past and future for those endlessly intriguing sites of humanistic and environmental negotiation we call “texts.”

The Deaths of Books: Facing the Mortality of Texts is the tentative title for the book I am currently researching. In this work, I put the materiality of texts into conversation with the mortality of texts by thinking about how books die. The work extends the “ecology of texts” approach I advocate in The Nature of the Page, but pushes my new research into deeper conversations with environmental science and conservation practices by asking questions such as: What is the environmental cost of historical preservation? How much preservation is enough? Is digitization really more environmentally friendly than stabilizing aged texts in climate controlled vaults? Why is it common to allow destructive analysis on samples from historical buildings and historical bones, but not from historical books?

The value of this approach has been evident in my research, which exists at the confluence of three streams: the academic, the conservatory, and the artisanal. Bringing “outside” voices into academic conversation is central to my research and remains fundamental to the Holding History mission.

In my teaching at UW-Madison, I cultivate classroom environments that engage with individual interests, offer varied approaches to the study of texts and media, reward intellectual curiosity and collaboration, and help students to take ownership of the learning experience. Hands-on sessions with 400-year-old books in Special Collections, in-class reading and performance, visits by actors, directors, and artists, film screenings, and papermaking and printing sessions punctuate daily discussion, lecture, and group work in my various courses. In addition to Renaissance literature, I regularly teach an environmentally themed writing course for honors students majoring in the sciences.