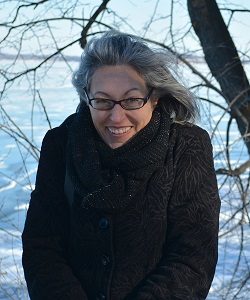 “”What I Write I Do Not See’: Reading and Writing With Invisible Ink,” in Early Modern Cryptography, ed. Katherine Ellison and Susan Kim (New York: Routledge, 2018), 208-22

I am currently working on a book about clandestine writing in the English Revolution and have published articles and given talks about cipher and invisible inks. I am also deeply interested in early modern women’s writing and have recently published work on Hester Pulter and Aphra Behn. Between 2000 and 2012, I worked, first as a research associate and then as an associate editor, on the Cambridge Complete Works of Ben Jonson edition. I have also edited Elizabeth Cary’s play, The Tragedy of Mariam, John Marston’s The Dutch Courtesan, and John Webster’s The Duchess of Malfi.