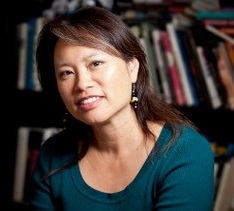 My new project engages the desires and fears surrounding the American projection of an Asianized future. I am suggesting that “declinist” narratives produced in mainstream media, political theory, and U.S. diplomacy surface in veiled accounts of global popular culture that are, at first glance, simply celebrations of the cultural fusion between East and West. How does anxiety surrounding the erosion of U.S. hegemony manifest itself not simply as xenophobia or anti-Asian bias but, perhaps counterintuitively, through Asian fetishization? I want to situate Asian/American literary and visual culture as a conduit for exploring anxieties surrounding projections of an impending shift in global power, particularly as “China threat” takes the form of prophecy and futurist speculation.