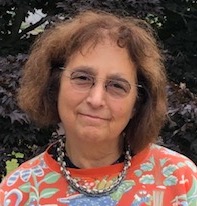 In May 2017 I retired from UW-Madison after 28 years in the English Department. I took a part-time teaching position at Boston University as Research Professor of English and have taught there since Fall 2017.

For many years, my research and teaching interests focused on Victorian literature and gender studies. More recently, I have been exploring life writing forms (memoirs, personal essays, innovative autocriticism) with an emphasis on gender, sexuality, and race.  My first book, Confessional Subjects: Gender and Power in Victorian Literature and Culture (1997) examines the relationship between confessional modes, informed by Foucault and Freud, and gender in novels by Charlotte Brontë, Mary Elizabeth Braddon, George Eliot, and Thomas Hardy. My second book, Roomscape: Women Writers in the British Museum from George Eliot to Virginia Woolf (2013), argues that in contrast to Virginia Woolf’s claim in A Room of One’s Own that in order to write, women needed money and a room of their own, that many women in London found the national library and reading room a generative space for creative work and professional networking. During my years on the faculty of the English Department at the University of Wisconsin-Madison from 1989-2017, I taught undergraduate and graduate courses on Victorian literature, on nineteenth-century transatlantic literature, on print culture and book history, on Victorian thing theory and material culture, on transatlantic Jewish literature, and on seriality in Victorian literature and culture, as well as workshop classes on creative nonfiction.

Currently (2021-22), I am working on an essay about Middlemarch on the occasion of its 150th publication anniversary, an essay on Amy Levy and the novel of ideas; a few personal essays; and I am writing a novel titled Crazy Love, a psychiatric hospital critical romance.