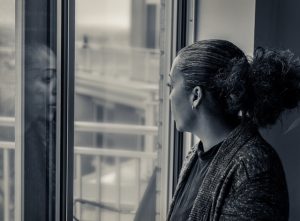 Born in Saigon and raised on Boston’s northshore, Amy Quan Barry is the Lorraine Hansberry Professor of English at the University of Wisconsin-Madison where, in addition to receiving the Vilas, Romnes, Kellett, and WARF research awards, she has also directed both the MFA Program in Creative Writing and the Wisconsin Institute of Creative Writing. Barry is the author of six books of fiction and poetry, including the recent novel We Ride Upon Sticks, which O: Oprah Magazine describes as, “Spellbinding, wickedly fun.” The New York Times described her previous work, She Weeps Each Time You’re Born, as “deeply affecting.” Her third novel, When I’m Gone, Look for Me in the East, follows a group of Buddhist monks as they search for a reincarnation in the vast Mongolian landscape; When I’m Gone will be published in spring 2022 by Knopf-Pantheon.

In 2012, Barry was commissioned to write a ten-minute piece for Book Wings, an arts exchange established by President Obama and then President Dmitry Medvedev and funded by the Bureau of Cultural and Educational Affairs at the U.S. State Department. “Three Variations on a Theme” was performed and broadcast simultaneously at the University of Iowa and the Moscow Art Theatre, the same space where Chekov premiered much of his work. That same year she traveled under the aegis of the US State Department as a cultural ambassador to Southeast Asia. Barry is also one of a select group of writers to receive NEA fellowships in both poetry and fiction. In 2021, she was awarded the American Library Association’s Alex Award. Currently Barry is serving as the first ever Forward Theater Writer-in-Residence. Her first play production, The Mytilenean Debate, will be staged in spring 2022.