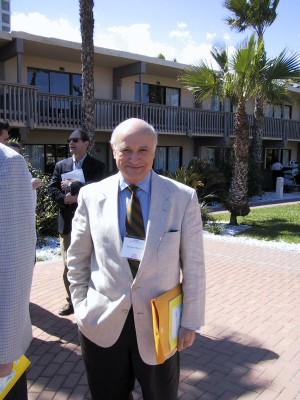 It is with sorrow that the English department announces the death of Howard D. Weinbrot, Ricardo Quintana Professor English, Emeritus and Vilas Research Professor of English, Emeritus.  Professor Weinbrot, who after retiring from the University of Wisconsin moved to California, died from Covid on January 19, 2021.  He is survived by his wife, Dawn Simon Weinbrot.

After receiving his B.A. from Antioch College in 1958 and his Ph.D. from the University of Chicago in 1963, Professor Weinbrot taught at Yale University and the University of California, Riverside before coming to the University of Wisconsin, Madison in 1969, where he spent the rest of his academic career.  The recipient of many honors and accolades, he was a Guggenheim Fellow from 1988-1989 and an Andrew Mellon Visiting Professor at the Institute for Advanced Studies in Princeton, New Jersey from 1993-1994.  After retiring, he devoted much of his time to conducting research at the Huntington Library, celebrated for its eighteenth-century holdings.

In a 2017 essay on historical criticism, Professor Weinbrot observed that the “historical critic illumines what once was dark,” a statement that perfectly describes his own scholarship.   Capacious in its knowledge and precise in its details, his publications spanned almost fifty years, extending from The Formal Strain: Studies in Augustan Imitation and Satire (1969) to Samuel Johnson: New Contexts for a New Century (2014).  With his numerous books and over ninety essays, chapters and reviews, Professor Weinbrot helped define the field of eighteenth-century studies for decades. His early work challenged the idea of naming the so-called “Augustan” age after Augustus and in doing so invited scholars to rethink the classical bases for eighteenth-century neoclassicism.  In the years that followed, he produced a diverse series of memorable and highly influential works, among them Britannia’s Issue: the Rise of British Literature from Dryden to Ossian (1993), Menippean Satire Reconsidered: From Antiquity to the Eighteenth Century (2005) and Literature, Religion, and the Evolution of Culture, 1660-1780 (2013).  In his later scholarship, he continued to affirm historical methods of literary study, publishing essays on topics ranging from the British monarchy to the long- forgotten sermons of Samuel Johnson.  Professor Weinbrot epitomized what it meant to be a scholar of the long eighteenth century. His splendid contributions to the field will not be forgotten.

We also extend thanks to Professors Richard Begam and Mark Vareschi for composing this statement.

Join the Graduate Student Association for an afternoon of shared work time on Zoom!

Come by for MidMod's end of semester social event at the terrace! Find folks outside close to the Union Theater, under the stairs.

Commencement is around the corner. Please join our Celebration of the English Major Class of 2022 on Saturday, May 14, at 8:30AM (AT&T Lounge, Pyle Center/w. access to a courtyard). This will be a swift 45-min breakfast event, …

Join us for a celebration of all our achievements these past two years — classes taught, writings published, retirements well-earned, students mentored and more! There will be light refreshments served starting around 3:30pm. Friday, May …