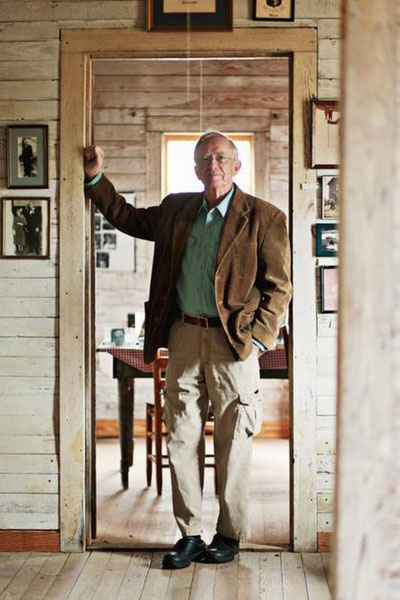 The English Department’s Board of Visitors is pleased to announce that it has selected Shelby Stephenson (’74), Poet Laureate of North Carolina, as the recipient of its 2015 Distinguished Alumni Award. Stephenson will be honored at an annual ceremony for students and their families, to be held in May.

Shelby Stephenson grew up on a small farm near Benson, in the Coastal Plain of North Carolina. “Most of my poems come out of that background,” he says, “where memory and imagination play on one another. I have written many poems about the mules we worked until I was in the seventh grade and, after that–the tractor. My early teachers were the thirty-five foxhounds my father hunted. The trees and streams, fields, the world of my childhood–all that folklore–those are my subjects.”