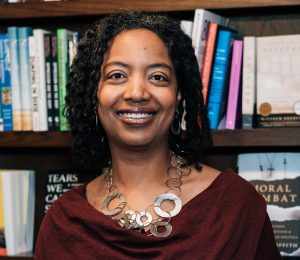 I’m researching and writing a trio of essays that consider belonging and global black identity through the theoretical frameworks of Island and Archipelagic American studies. The first, “Isle of Refuge,” (forthcoming Water~Stone Review) follows nineteenth-century abolitionist life-writer Mary Prince’s journey from slavery to emancipation through colonial Bermuda’s archipelagic plantocracies; the second “Saltworks,” explores the significance of salt as commodity, practice, and pan-Caribbean archetype; the final, “Sanctuaries” (in-progress) mines the concepts of asylum, fugitivity, and marronage from an ecological, legal, and experiential perspective. These essays will ultimately fold into a larger book project addressing the flow of insurgency, of anti-colonial thought and action, manifest in the literature of the Americas through the hybridized bodies of black women. Some of the broader questions I address include: how is racial difference elided as we reconfigure the studies of early American literature or Afro-Caribbean literature along transnational lines? Why do particular locations, like Haiti, occupy a fractious space within the global South? In this book, “new world” literary mappings intertwine with personal inquiry and critical investigations about the nature of belonging, identity and indigeneity as I follow an elastic circuit that unveils relationships between fragile environments, dynamic objects, and the human/nonhuman beings that circulate through the archipelagic diaspora.

I have just completed a biography of Harlem Writer Dorothy West. Dorothy West’s Paradise: A Biography of Class and Color is a critical, feminist biography that examines West’s life and writing in order to enhance our understanding of the particular intersecting geographies of class and race in American culture. By focusing my analysis on West’s chosen retreat, an African American enclave on the island of Martha’s Vineyard, I weave literary criticism into my cultural history of the island community that West saw as both a separatist refuge and an interracial sanctuary.