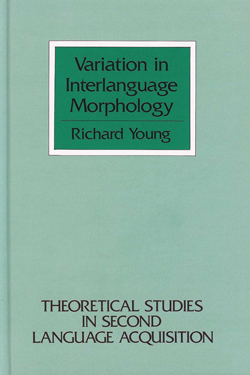 “Young’s study is an important contribution to our understanding of the nature of learner speech and the role of variation in SLA.” (Robert Bayley, University of Texas, San Antonio) –Studies in Second Language Acquisition, September 1993

“Young is successful in highlighting some of the major issues in L2 research and in presenting the problems inherent in interlanguage variation research.” (Susan Braidi, Arizona State University) –Language Learning, December 1992

“As one who is interested in linguistic variation and second-language acquisition, I found that this book explores important issues, and invites further research and discussion.” (James Walker, University of Toronto) –Language, March 1993