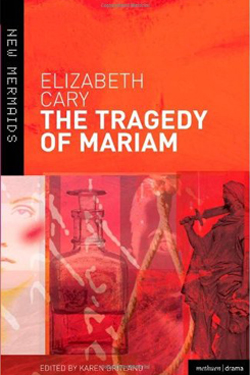 The Tragedy of Mariam, the Fair Queen of Jewry is a Jacobean closet drama by Elizabeth Tanfield Cary. First published in 1613, it was the first work by a woman to be published under her real name. Never performed during Cary’s lifetime, and apparently never intended for performance, the Senecan revenge tragedy tells the story of Mariam, the second wife of Herod. The play exposes and explores the themes of sex, divorce, betrayal, murder, and Jewish society under Herod’s tyrannous rule. A new introduction includes recent criticism and new developments in theatre history and scholarship. A more substantial performance history is given, including accounts of recent screen versions.