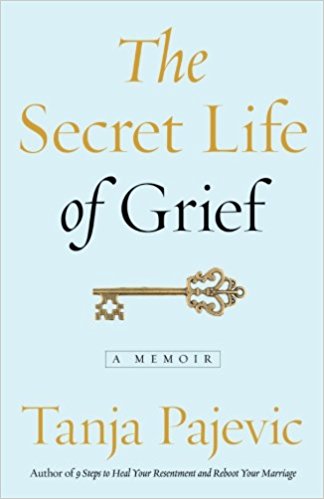 When Tanja Pajevic’s mother died, she felt alone and unsupported. She didn’t want her grief to sideline her, as it had when her father died. This time around, she wanted to grieve consciously.

In a society that no longer has clear rituals or traditions around grief, Tanja set out to create her own. As the weeks and months passed, she delved into her anger, rage and sorrow, as well as explored the complicated issue of forgiveness. Along the way, she explored the rise and fall of communal mourning in the United States, as well as its roots in the current medical model.

Tanja also examined ingrained family patterns she was ready to release–all while raising two young children and dealing with a husband facing his own challenges. Throughout, she reassessed and reconfigured her life, reconnected with her true self and found redemption and healing, as well as joy.

The Secret Life of Grief: A Memoir has been named a silver winner in the 2018 Nautilus Book Awards, an award celebrating books that inspire and connect people’s lives as individuals, communities and global citizens.