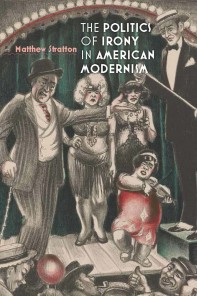 It is a critical commonplace to acknowledge the difficulty of defining irony before stipulating a particular definition as a stable point of departure for literary, cultural, and political analysis. This book, by contrast, is the first to derive definitions of “irony” inductively, showing how writers employed it as a keyword both before and in opposition to the institutionalization of New Criticism. It focuses on writers who not only composed ironic texts but talked about irony and satire to situate their work politically: Randolph Bourne, Benjamin De Casseres, Ellen Glasgow, John Dos Passos, Ralph Ellison, and many others.