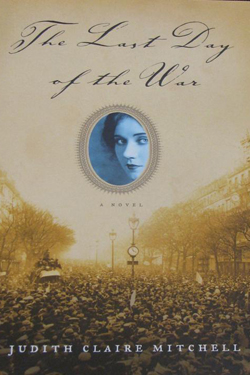 Yael Weiss, eighteen years old and looking for adventure, finds it in the library one day when she discovers a packet of guns meant for Erinyes, an Armenian organization set on avenging their people’s massacre by the Turks in 1915. While the weapons make her nervous, Dub Hagopian, the young Armenian-American soldier sent to retrieve them, excites her in a completely different way. Smitten, Yael impulsively follows Dub to France by volunteering with the YMCA, reinventing herself along the way as twenty-five-year-old Methodist Yale White. When she and Dub cross paths again, Yael gets caught up in a crowd bursting with both the passionate ideals and the devil-may-care energy of youth–with consequences neither of them could ever foresee.