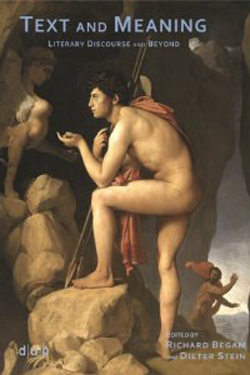 As the “Theory Wars” of the late twentieth century have subsided and as literary critics increasingly practice a pluralism that combines formal analysis with history, philosophy and aesthetics, the moment has come to reconsider two of the most basic concepts of literary interpretation: “text” and “meaning.” In doing so, the present volume addresses a number of fundamental questions: Where do we locate the material, linguistic and cultural boundaries of a text? What role is played in the establishment of meaning by intention, production, and reception? Does the meaning or significance of a text—whether literary or non-literary—change over time, and if so how?

The essays that constitute this volume are organized into five parts. “British and Irish Literature,” “American Literature” and “German Literature” approach “text and meaning” from historical and theoretical perspectives, interrogating the ways in which these concepts have evolved from the Middle Ages to the present, while examining how they operate within given literary periods. “Textuality and the Visual Arts” moves beyond traditional notions of textuality to include image and text, as well as the dynamic that exists between the two. Finally, “Linguistics, Philosophy and Interpretation,” seeks to define the theoretical assumptions that inform how we construe meaning and to establish principles of validation within the realm of interpretation.  Topics covered include everything from Medieval literature and art, Renaissance drama, eighteenth- and nineteenth-century English and American literature to modern and contemporary literature and art, German literature, the visual arts, philosophy and linguistics.