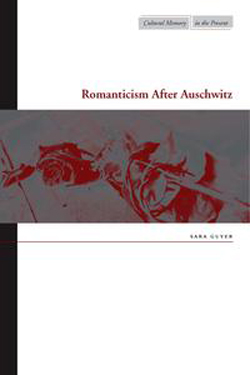 Romanticism After Auschwitz reveals how post-Holocaust testimony remains romantic, and shows why romanticism must therefore be rethought. The book argues that what literary historians have traditionally called “romanticism,” and characterized as a literary movement stretching roughly between 1785 and 1832, should be redescribed in light of two circumstances. The first is the specific inadequacy of literary-historical models before “romantic” works. The second is the particular function that these unsettling aspects of “romantic” works have after Auschwitz. The book demonstrates that certain figures (of speech, writing, and argument) central to normative accounts of “romanticism,” serve in their most radical—most genuinely “romantic”—form as vehicles for posing a conception of life (and death) revealed in the camps. In these pages, Agamben meets Wordsworth, Shakespeare meets Celan, film meets lyric poetry, survivors’ accounts meet fiction, de Man encounters Nancy. The book offers new readings of highly canonical works—Mary Shelley’s Frankenstein, Wordsworth and Coleridge’s Lyrical Ballads, Alain Resnais’s Night and Fog—and introduces unfamiliar texts. It elaborates a fascinating account of the rhetoric of ethical dispositions and gives its readers an attentive, moving way of understanding the condition of human survival after the Holocaust.