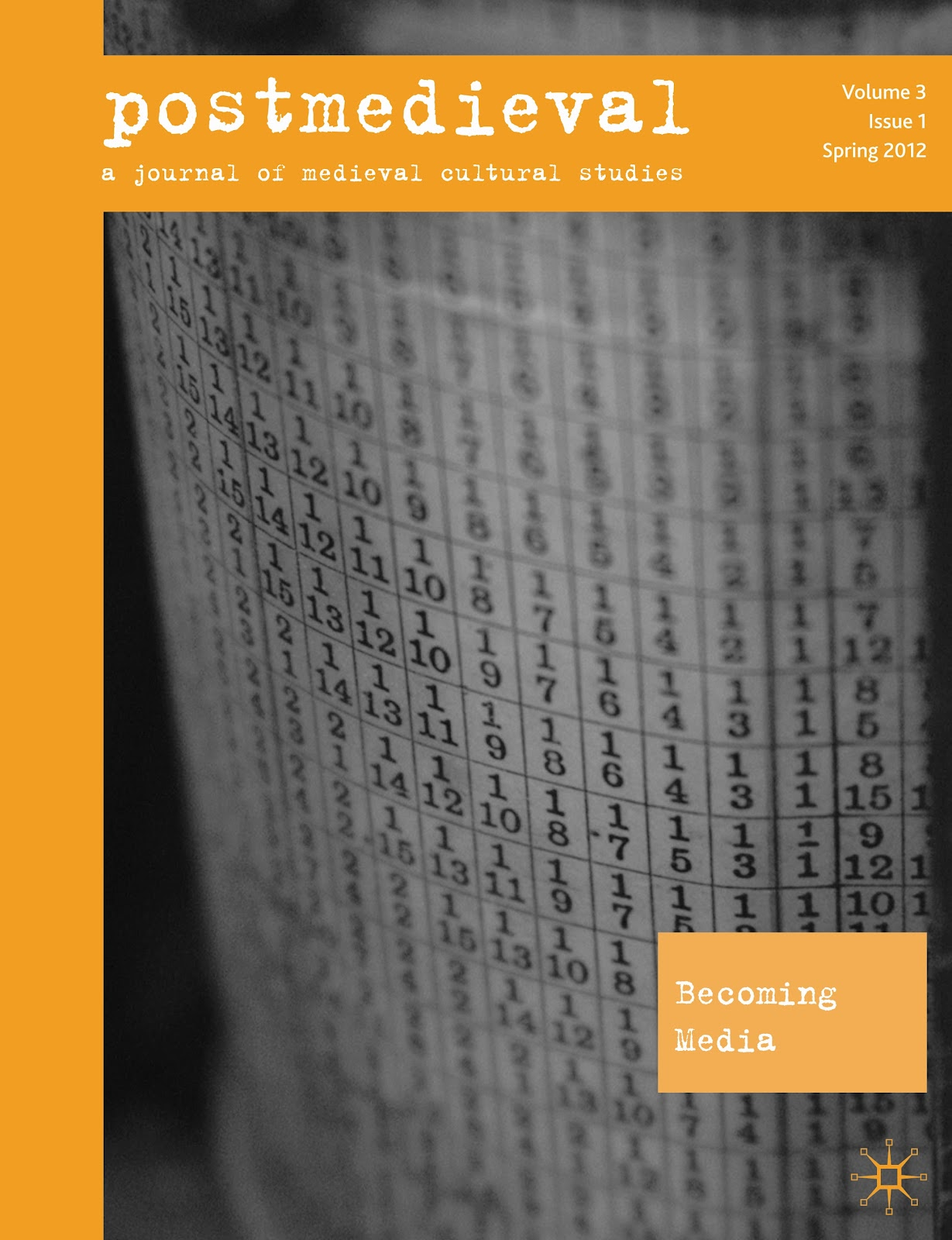 In media studies circles, it is now almost trite to discuss the term remediation: the liminal, ambivalent staging of a media life caught between older and newer forms, and the functional tussle that happens between them. Nevertheless, scholars today work within this oscillating, in-between space – a space fraught with cross pressures of how we used to do things and how we ought to do things. As (post)medievalists, we study the very old with the very new, but remain constrained by the cultural logic of earlier and increasingly archaic media production. So the theme ‘Becoming Media’ applies as much to the entire process of this issue and its own immediately historical context as to its organizing theme and published product – a product realized here traditionally in print and then again, digitally and differently, on postmedieval’s website. This process has been in many ways a stochastic one, infused with prediction, probability and randomness. We guessed about the new as we studied the old: the form and function of the online crowd review for early drafts of our contributors’ essays necessarily developed out of the moment, as there was relatively little precedent for how such a process would or should work. We experimented with alternatives to the standard modes of publishing scholarship, even as we here produce such scholarship in such modes.

The in-between of media and mediation is as much a historical investment as it is a phenomenological and ontological problem. On the one hand, the ‘new’ in our refrain of ‘new media’ betrays the uncritical assumption that media can appear from the ether as novel innovations unfettered by their remediations in and through the past. On the other, there is a tendency to reify the media object as a ‘lure’ to ‘demonstrating its past’; that is, media objects lure us toward an archeology of their present that is rooted in a chronology of progressive succession. What of historically abject media, of the object resistant entirely to a telos of mediation ‘for’ …?”