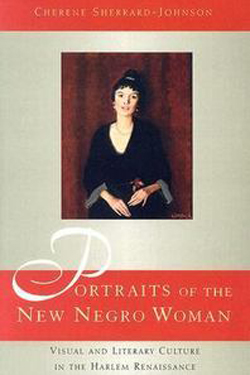 “Sherrard-Johnson does an excellent job of expanding the scope of previous considerations of the mulatta as a trope, as well as reinforcing the necessity of seeing the icon in all of its complexity.” —African American Review

Of all the images to arise from the Harlem Renaissance, the most thought-provoking were those of the mulatta. For some writers, artists, and filmmakers, these images provided an alternative to the stereotypes of black womanhood and a challenge to the color line. For others, they represented key aspects of modernity and race coding central to the New Negro Movement. Due to the mulatta’s frequent ability to pass for white, she represented a variety of contradictory meanings that often transcended racial, class, and gender boundaries. Portraits of the New Negro Woman investigates the visual and literary images of black femininity that occurred between the two world wars. Cherene Sherrard-Johnson traces the origins and popularization of these new representations in the art and literature of the Harlem Renaissance and how they became an ambiguous symbol of racial uplift constraining African American womanhood in the early twentieth century. In this engaging narrative, the author uses the writings of Nella Larsen and Jessie Fauset as well as the work of artists like Archibald Motley and William H. Johnson to illuminate the centrality of the mulatta by examining a variety of competing arguments about race in the Harlem Renaissance and beyond.