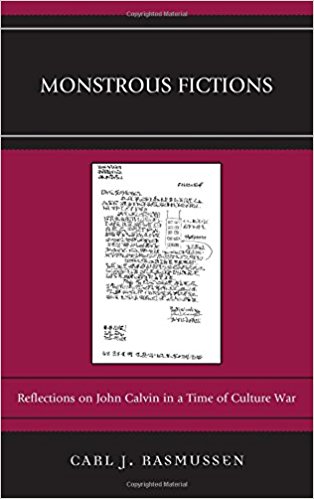 The Reformer John Calvin has influenced America in a formative way. Calvin remains respected as a theologian to whose work intellectuals on both the right and left appeal. In the nineteen-nineties, Evangelicals and Catholics Together (ECT) formed a politically influential ecumenical coalition to oppose abortion and change the culture. Its ecumenism of the trenches influenced the administration of George W. Bush and continues to influence religious elements in the Tea Party. Evangelicals in the coalition presume to speak for Calvin. This book provides a counter argument.

Carl J. Rasmussen (PhD 1978) discusses Karl Barth’s interpretation of Calvin and its relevance for the church struggle against the Third Reich. Based on his analysis of Calvin, he provides a defense of gay marriage and the right to terminate a pregnancy, as well as an analysis of religious freedom. Calvin would reject ECT’s theology of virtue, conscience and natural law. But he would affirm its ecumenism as a possible path out of culture war.