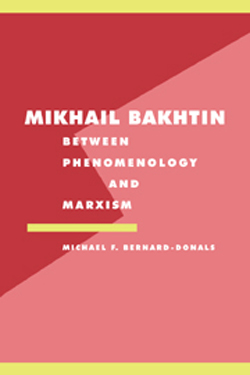 The work of Mikhail Bakhtin does not fall neatly under a single rubric, because its philosophical foundation rests ambivalently between phenomenology and Marxism. The theoretical tension between these two positions creates philosophical impasses in Bakhtin’s work, which have been neglected or ignored in previous studies of Bakhtin. Michael Bernard-Donals examines developments in phenomenological and materialist theory, providing a contextualized study of Bakhtin, a critique of the problems of contemporary criticism, and an original contribution to literary theory.