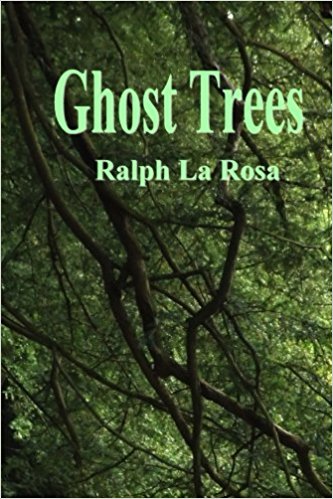 Ralph La Rosa’s poems are rich with vibrant imagery and skillfully measured meter. Each poem, like living portraits, resonates with a sense of life that can only come from the artistic mastery of emotion and intellect. These poems revisit the past with sheer honesty, delicately balancing his sweet melancholy with whimsical hope.La Rosa occasionally recalls his bruised ego from childhood, not with self-pity, but with an understanding of how those moments of doubt shapes one’s character. From his father’s endeavors to provide for his family to his mother’s sly chiding, La Rosa ironically finds wholeness. Whether it was football or music, he reminds us of how a thoughtless comment can have a lasting effect. In a crisp moment of clarity, he brings us back to a time, when working in a record shop, he realized that the quality of a jazz musician was not measured by his masterful ability to squeeze out a series of colorful notes, but by the color of the artist’s skin. An American Literature scion, La Rosa brings into focus his love of the transcendentalists, recalling Thoreau and Emerson. Better still, he keeps alive the ghosts of Walt Whitman and Emily Dickinson through imagined dialogues. These poems are a delight.
—John Orozco, author of Delano and Eddie and the Inmates