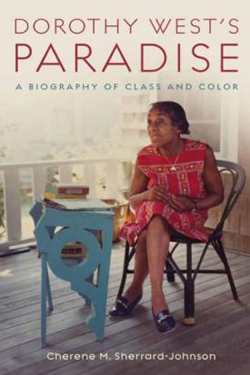 Dorothy West is best known as one of the youngest writers involved in the Harlem Renaissance. Subsequently, her work is read as a product of the urban aesthetics of this artistic movement. But West was also intimately rooted in a very different milieu—Oak Bluffs, an exclusive retreat for African Americans on Martha’s Vineyard. She played an integral role in the development and preservation of that community. In the years between publishing her two novels, 1948’s The Living is Easy and the 1995 bestseller The Wedding, she worked as a columnist for the Vineyard Gazette. Dorothy West’s Paradise captures the scope of the author’s long life and career, reading it alongside the unique cultural geography of Oak Bluffs and its history as an elite African American enclave—a place that West envisioned both as a separatist refuge and as a space for interracial contact. An essential book for both fans of West’s fiction and students of race, class, and American women’s lives, Dorothy West’s Paradise offers an intimate biography of an important author and a privileged glimpse into the society that shaped her work.