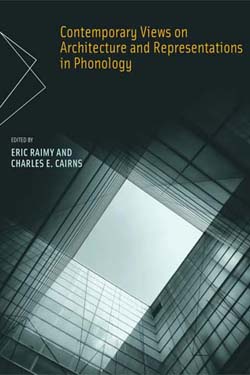 The essays in this volume address foundational questions in phonology that cut across different schools of thought within the discipline. The theme of modularity runs through them all, however, and these essays demonstrate the benefits of the modular approach to phonology, either investigating interactions among distinct modules or developing specific aspects of representation within a particular module. Although the contributors take divergent views on a range of issues, they agree on the importance of representations and questions of modularity in phonology. Their essays address the status of phonological features, syllable theory, metrical structure, the architecture of the phonological component, and interaction among components of phonology. In the early 1990s the rise of Optimality Theory—which suggested that pure computation would solve the problems of representations and modularity—eclipsed the centrality of these issues for phonology. This book is unique in offering a coherent view of phonology that is not Optimality Theory based. The essays in this book, all by distinguished phonologists, demonstrate that computation and representation are inherently linked; they do not deny Optimality Theory but attempt to move the field of phonology beyond it. Contributors: Juliette Blevins, Charles E. Cairns, Andrea Calabrese, G. Nick Clements, B. Elan Dresher, Morris Halle, Harry van der Hulst, William J. Idsardi, Ellen Kaisse, Andrew Nevins, Thomas C. Purnell, Eric Raimy, Keren Rice, Charles Reiss, Bert Vaux, Aaron Wolfe.