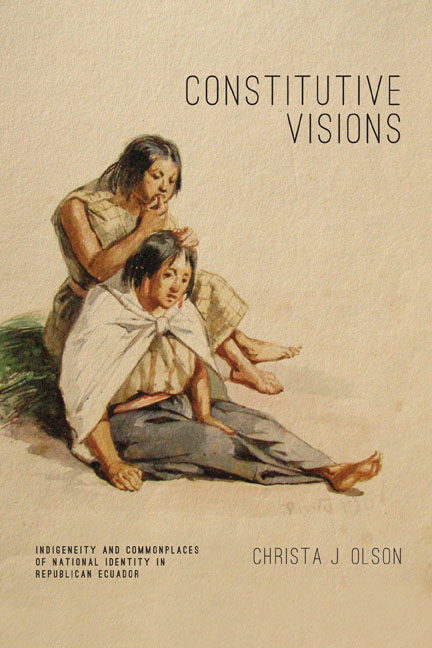 In Constitutive Visions, Christa Olson presents the rhetorical history of republican Ecuador as punctuated by repeated arguments over national identity. Those arguments–as they advanced theories of citizenship, popular sovereignty, and republican modernity–struggled to reconcile the presence of Ecuador’s large indigenous population with the dominance of a white-mestizo minority. Even as indigenous people were excluded from civic life, images of them proliferated in speeches, periodicals, and artworks during Ecuador’s long process of nation formation. Tracing how that contradiction illuminates the textures of national-identity formation, Constitutive Visions places petitions from indigenous laborers alongside oil paintings, overlays woodblock illustrations with legislative debates, and analyzes Ecuador’s nineteen constitutions in light of landscape painting. Taken together, these juxtapositions make sense of the contradictions that sustained and unsettled the postcolonial nation-state.