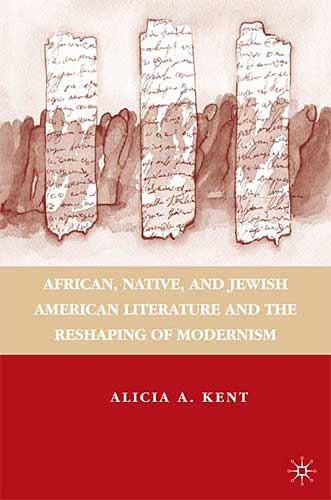 , Alicia A. Kent.“African, Native, and Jewish American Literature and the Reshaping of Modernism.” 2007: n. pag. Print.

Uncovering the connections and confrontations among three ethnic groups not often read in relation to one another, Kent maps out the historical contexts that have shaped ethnic American writing in the Modernist era, a period of radical dislocation from homelands and increased migration for these three ethnic groups. Rather than focus on the ways others have represented these groups, Kent restores the voices of these multicultural writers to the debate about what it means to be modern.