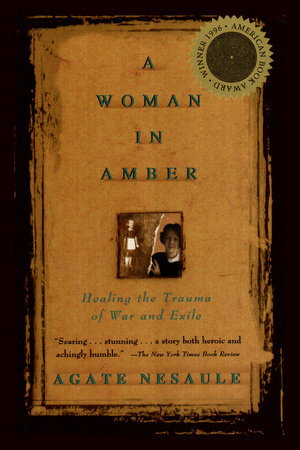 A moving memoir of both the past and the present, A Woman in Amber, tells the story of the lasting scars inflicted by the occupation in Latvia during World War II, and how that experience affected a woman’s relationship with her mother and husband for years to come.

Though successful in her professional life, Agate Nesaule was depressed and unable to come to terms with its cause until she finds her voice and starts to share what happened to her and her family during at the hands of the invading Russian soldiers during the war.

In her memoir, Nesaule tells many stories related to her hunger, both physical and emotional. She tells about begging Russian soldiers for food. And about the abusive relationship with her first husband and the redemption that came when she met her second.