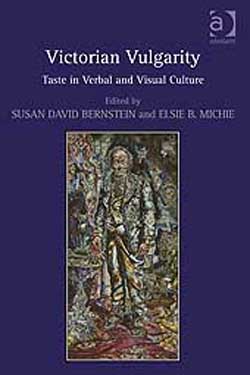 Originally describing language use and class position, vulgarity became, over the course of the nineteenth century, a word with wider social implications. Variously associated with behavior, the possession of wealth, different races, sexuality and gender, the objects displayed in homes, and ways of thinking and feeling, vulgarity suggested matters of style, taste, and comportment. This collection examines the diverse ramifications of vulgarity in the four areas where it was most discussed in the nineteenth century: language use, changing social spaces, the emerging middle classes, and visual art. Exploring the dynamics of the term as revealed in dictionaries and grammars; Mayhew’s London Labour and the London Poor; fiction by Dickens, Eliot, Gissing, and Trollope; essays, journalism, art, and art reviews, the contributors bring their formidable analytical skills to bear on this enticing and divisive concept. Taken together, these essays urge readers to consider the implications of vulgarity’s troubled history for today’s writers, critics, and artists.