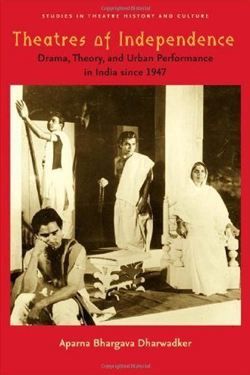 Theatres of Independence is a comprehensive study of drama, theatre, and urban performance in post-independence India. Combining theatre history with theoretical analysis and literary interpretation, Aparna Dharwadker examines the unprecedented conditions for writing and performance that the experience of new nationhood created in a dozen major Indian languages. The book also offers detailed discussions of the major plays, playwrights, directors, dramatic genres, and theories of drama that have made the contemporary Indian stage a vital part of postcolonial and world theatre. Theatres of Independence will be of interest to students and scholars of modern drama, comparative theatre, theatre history, and the new national and postcolonial literatures.