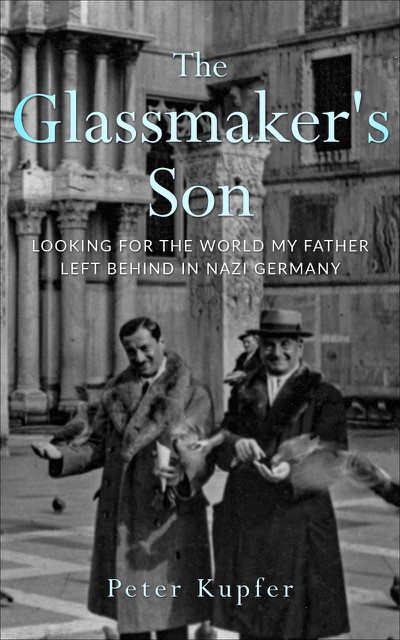 “The Glassmaker’s Son,” the first book by Peter Kupfer (Cooper), (BA English ’74), was recently published by Amsterdam Publishers to enthusiastic reviews. A blend of lyrical memoir and sober history, “Glassmaker” recounts Kupfer’s decades-long quest to uncover the world his father left behind in Nazi Germany. Along the way he makes a number of surprising discoveries about his family, who were important players in the Bavarian glassmaking industry. At heart, “Glassmaker” is about a search for identity — the identity of the author’s soft-spoken, inscrutable father and of the author himself. Menachem Kaiser, author of “Plunder: A Memoir of Family Property and Nazi Treasure,” called “The Glassmaker’s Son” a stunning exploration of legacy. Michael Brenner, International President of the Leo Baeck Institute, lauded “Glassmaker” as “a moving account of a son in search of his father and the home from which his family was expelled. Peter Kupfer’s compelling story leads deep into the abyss of a small Bavarian town during Nazi Germany and into the labyrinth of the human soul.” “Glassmaker” is available now at https://mybook.to/tGmSPK1.