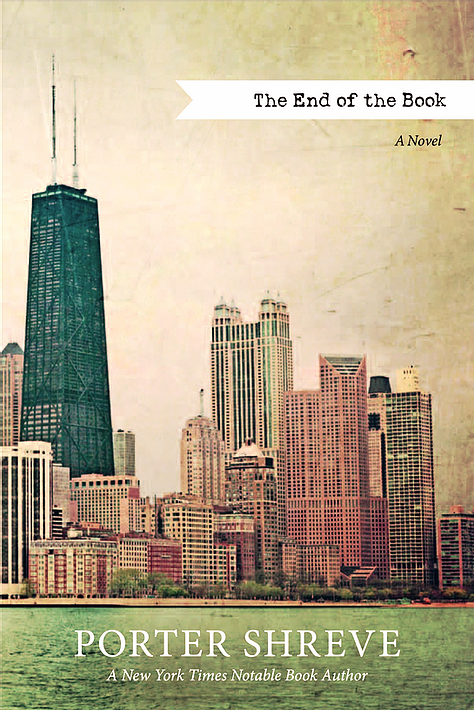 “The End of the Book is the story of an aspiring contemporary novelist who may or may not be writing a sequel to a forgotten classic, Sherwood Anderson’s Winesburg, Ohio. Adam Clary works in Chicago for a famous Internet company on a massive project to digitize the world’s books, but secretly he hates his job and wishes to be a writer at a time when the book as physical object and book culture itself have never been more threatened. He is the son of a dissipated Anderson scholar, thus his obsession with Winesburg.

Counterpointing Adam’s story is that of George Willard, the young protagonist of Anderson’s book, who arrives in Chicago around 1900 when it was the fastest growing city in the history of the world. Through alternating chapters, we follow George’s travails, including his marriage to the wealthy daughter of his boss, his affair with his hometown sweetheart, his artistic crisis, breakdown and flight, and along the way we see the echoes and intersections between his life and Adam’s struggling in two similar Americas, two similar times in the life of the book.”