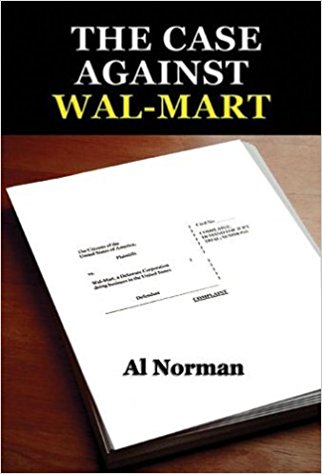 Al Norman, a 1968 UW English grad, has been called the “guru of the anti-Wal-Mart movement” by 60 Minutes. The Case Against Wal-Mart calls for a national consumer boycott of the giant retailer.

Norman, the world’s foremost expert on and leader of the anti-sprawl movement, The Case Against Wal-Mart calls on consumers to go on a “Wal-Mart diet.” Norman says that only a consumer boycott of Wal-Mart will show the company that U.S. citizens disapprove of its business tactics.

This is a book every American shopper should read before making another trip to Wal-Mart. As Al Norman says, “Friends don’t let friends shop at Wal-Mart.”