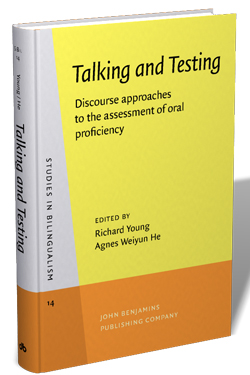 This book brings together a collection of current research on the assessment of oral proficiency in a second language. Fourteen chapters focus on the use of the language proficiency interview or LPI to assess oral proficiency. The volume addresses the central issue of validity in proficiency assessment: the ways in which the language proficiency interview is accomplished through discourse. Contributors draw on a variety of discourse perspectives, including the ethnography of speaking, conversation analysis, language socialization theory, sociolinguistic variation theory, human interaction research, and systemic functional linguistics. And for the first time, LPIs conducted in German, Korean, and Spanish are examined as well as interviews in English. This book sheds light on such important issues as how speaking ability can be defined independently of an LPI that is designed to assess it and the extent to which an LPI is an authentic representation of ordinary conversation in the target language. It will be of considerable interest to language testers, discourse analysts, second language acquisition researchers, foreign language specialists, and anyone concerned with proficiency issues in language teaching and testing.