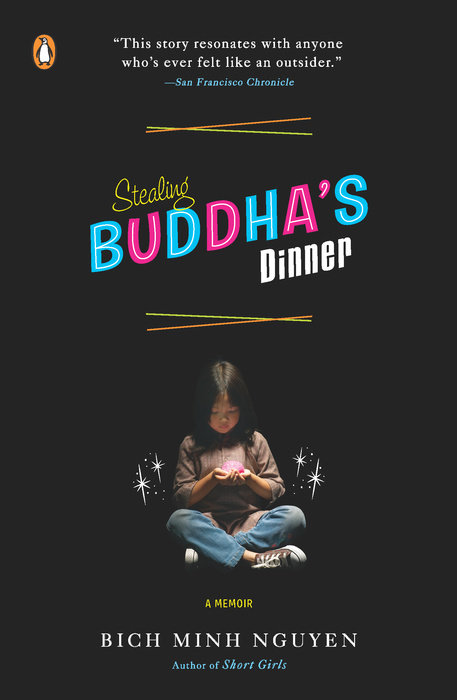 As a Vietnamese girl coming of age in Grand Rapids, Michigan, Nguyen is filled with a rapacious hunger for American identity, and in the pre-PC-era Midwest (where the Jennifers and Tiffanys reign supreme), the desire to belong transmutes into a passion for American food. More exotic- seeming than her Buddhist grandmother’s traditional specialties, the campy, preservative-filled “delicacies” of mainstream America capture her imagination.

In Stealing Buddha’s Dinner, the glossy branded allure of Pringles, Kit Kats, and Toll House Cookies becomes an ingenious metaphor for Nguyen’s struggle to become a “real” American, a distinction that brings with it the dream of the perfect school lunch, burgers and Jell- O for dinner, and a visit from the Kool-Aid man. Vivid and viscerally powerful, this remarkable memoir about growing up in the 1980s introduces an original new literary voice and an entirely new spin on the classic assimilation story.