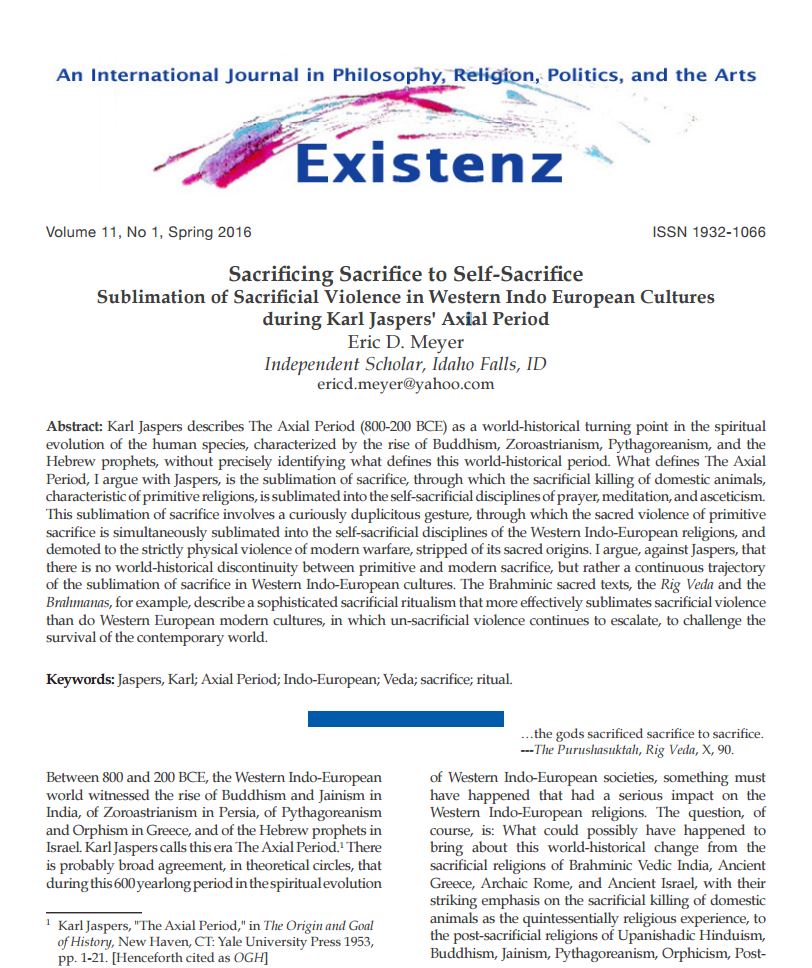 Karl Jaspers describes The Axial Period (800-200 BCE) as a world-historical turning point in the spiritual evolution of the human species, characterized by the rise of Buddhism, Zoroastrianism, Pythagoreanism, and the Hebrew prophets, without precisely identifying what defines this world-historical period. What defines The Axial Period, I argue with Jaspers, is the sublimation of sacrifice, through which the sacrificial killing of domestic animals, characteristic of primitive religions, is sublimated into the self-sacrificial disciplines of prayer, meditation, and asceticism. This sublimation of sacrifice involves a curiously duplicitous gesture, through which the sacred violence of primitive sacrifice is simultaneously sublimated into the self-sacrificial disciplines of the Western Indo-European religions, and demoted to the strictly physical violence of modern warfare, stripped of its sacred origins. I argue, against Jaspers, that there is no world-historical discontinuity between primitive and modern sacrifice, but rather a continuous trajectory of the sublimation of sacrifice in Western Indo-European cultures. The Brahminic sacred texts, the Rig Veda and the Brahmanas, for example, describe a sophisticated sacrificial ritualism that more effectively sublimates sacrificial violence than do Western European modern cultures, in which un-sacrificial violence continues to escalate, to challenge the survival of the contemporary world.