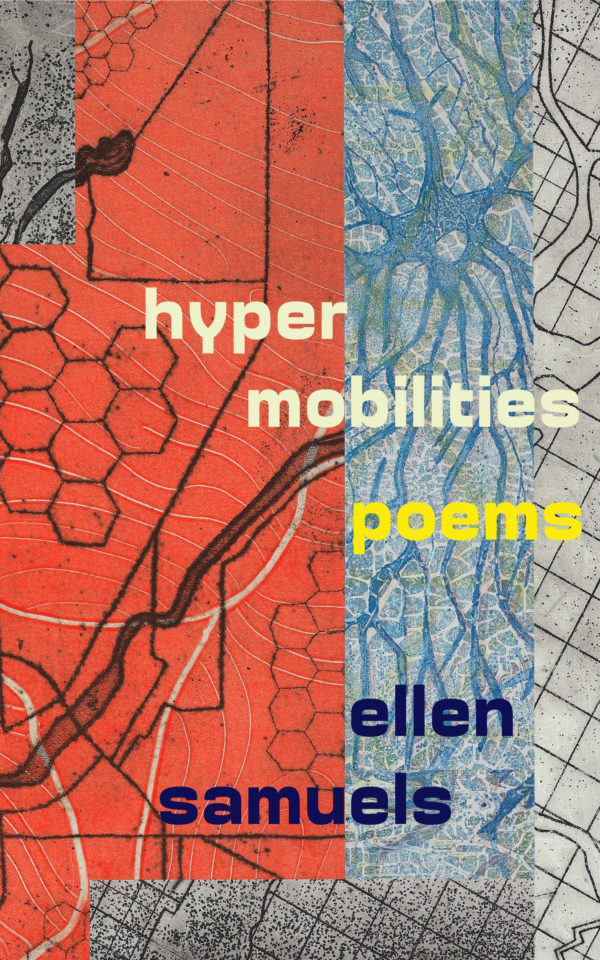 Hypermobilities is a verse-memoir in haiku, written over two years of intense engagement with the medical system. Samuels composed these poems in her head while strapped down within MRI machines, in the infusion center with IV needles snaking her arms, waiting and waiting in white-walled rooms. They are necessarily short, to be written by memory without pen or screen. A selection of these poems eventually formed into this collection, named after the hallmark sign of her genetic condition: joint hypermobility.