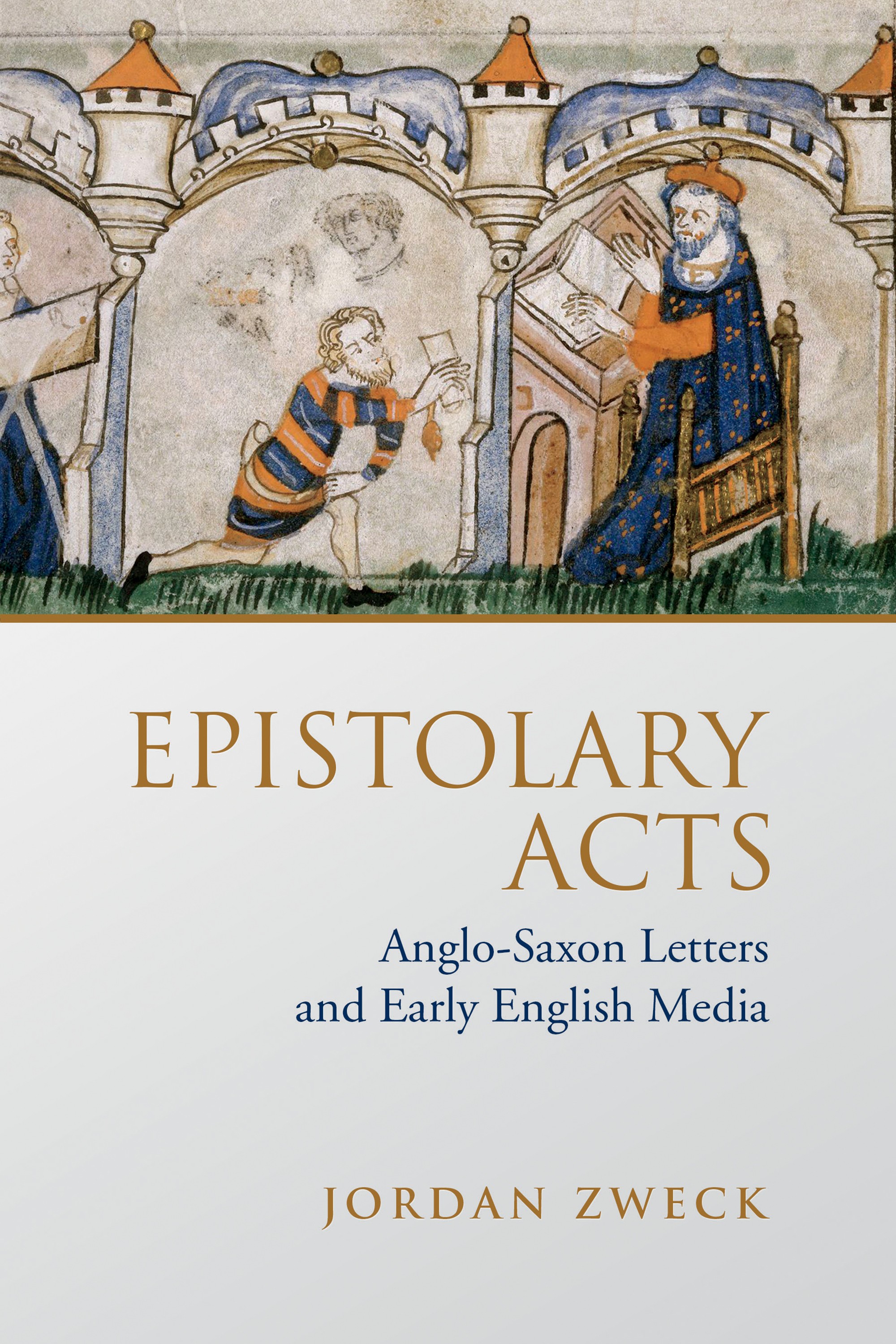 As challenging as it is to imagine how an educated cleric or wealthy lay person in the early Middle Ages would have understood a letter (especially one from God), it is even harder to understand why letters would have so captured the imagination of people who might never have produced, sent, or received letters themselves.

In Epistolary Acts, Jordan Zweck examines the presentation of letters in early medieval vernacular literature, including hagiography, prose romance, poetry, and sermons on letters from heaven, moving beyond traditional genre study to offer a radically new way of conceptualizing Anglo-Saxon epistolarity. Zweck argues that what makes early medieval English epistolarity unique is the performance of what she calls “epistolary acts,” the moments when authors represent or embed letters within vernacular texts. The book contributes to a growing interest in the intersections between medieval studies and media studies, blending traditional book history and manuscript studies with affect theory, media studies, and archive studies.