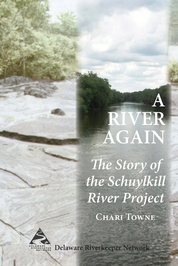 In a short time, the Schuylkill went from being considered waters of “uncommon purity” to being this country’s dirtiest river. That distinction resulted in the Schuylkill River becoming the focus of a precedent-setting river cleanup effort from 1947 to 1951. The Commonwealth of Pennsylvania hired a team of engineers to free the Schuylkill from the millions of tons of coal sediment that had filled its bed and raised its floodplain. The Schuylkill River Project Engineers dredged the river and trapped sediment in desilting pools, the kind of practices that river restorations are undertaken to undo today. But at the end of the project, the Schuylkill emerged “A River Again.”