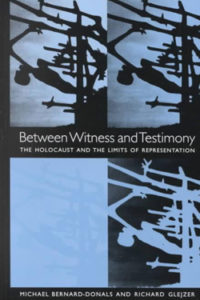 Between Witness and Testimony: the Holocaust and the Limits of Representation

Between Witness and Testimony investigates the difficulties inherent in the obligation to bear witness to events that seem not just unspeakable but also unthinkable. The authors examine films, fictional narratives, survivor testimonies, and the museums at Yad Vashem and the United States Holocaust Memorial Museum in order to establish an ethics of Holocaust representation. 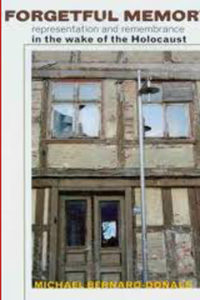 Much of the discussion surrounding the Holocaust and how it can be depicted sixty years later has focused on memory. In Forgetful Memory, Michael Bernard-Donals focuses on the relation between memory and forgetfulness, arguing that memory and forgetfulness cannot be separated but must be examined as they complicate our understanding of the Shoah. 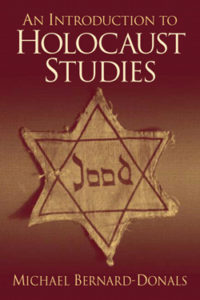 An Introduction to Holocaust Studies: History, Memory, and Representation

This single volume traces three approaches to the study of the Holocaust: through notions of history, theories of memory, and a focus on art and representation.  It introduces students to the different ways we have come to understand the Holocaust, gives them an opportunity to ask questions about those conclusions, and examines how this event can be understood once all the survivors are gone. 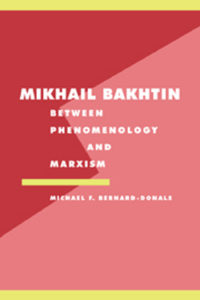 Mikhail Bakhtin: Between Phenomenology and Marxism

Michael Bernard-Donals examines developments in phenomenological and materialist theory, providing a contextualized study of Bakhtin, a critique of the problems of contemporary criticism, and an original contribution to literary theory. 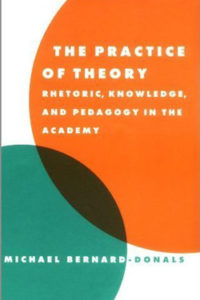 The Practice of Theory: Rhetoric, Knowledge, and Pedagogy in the Academy

In The Practice of Theory, Michael Bernard-Donals examines the connection between theory and pedagogy at the level of practice. He argues that though rhetoric links pedagogy with theory, this tradition must also connect with other human and natural sciences. 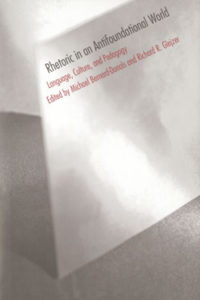 Rhetoric in an Antifoundational World 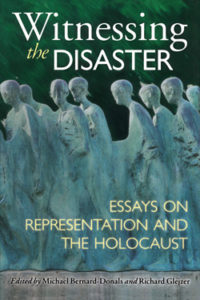 Witnessing the Disaster: Essays on Representation and the Holocaust 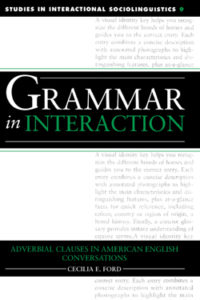 Cecilia E. Ford explores the question: what work do adverbial clauses do in conversational interaction? She considers the interactional as well as the informational work of talk and shows how conversationalists use grammar to coordinate their joint language production. Her book contributes to a growing body of research on grammar in discourse, which has until recently remained largely focused on monologic rather than dialogic functions of language.

The Language of Turn and Sequence

This collection of previously unpublished, cutting-edge research discusses the conversation analysis (CA) approach to understanding language use. CA is the dominant theory for analyzing the social use of language and is concerned with the description of how speakers engage in conversation and other forms of social interaction involving language. The unifying theme of these chapters is the intersection of practice and form through the construction of turns and sequences. 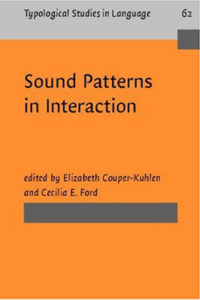 Sound Patterns in Interaction: Cross-linguistic Studies of Phonetics and Prosody for Conversation

This collection of original papers by eminent phoneticians, linguists and sociologists offers the most recent findings on phonetic design in interactional discourse available in an edited collection. The chapters examine the organization of phonetic detail in relation to social actions in talk-in-interaction based on data drawn from diverse languages: Japanese, English, Finnish, and German, as well as from diverse speakers: children, fluent adults and adults with language loss. 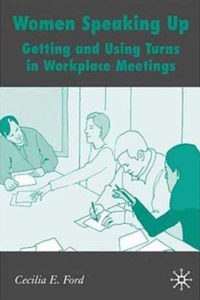 Women Speaking Up: Getting and Using Turns in Workplace Meetings

While women are succeeding in historically male professions, stereotypes of their lack of competence persist as obstacles to their advancement, with popular media urging women to improve their language skills if they hope to advance in traditionally male professions. In Women Speaking Up: Getting and Using Turns in Workplace Meetings, Cecilia E. Ford rejects popular notions of gender difference and even deficiency in women’s language use. 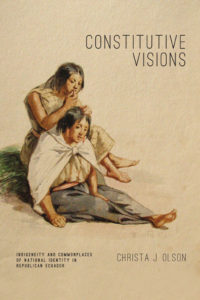 In Constitutive Visions, Christa Olson presents the rhetorical history of republican Ecuador as punctuated by repeated arguments over national identity. Those arguments–as they advanced theories of citizenship, popular sovereignty, and republican modernity–struggled to reconcile the presence of Ecuador’s large indigenous populations with the dominance of a white-mestizo minority. 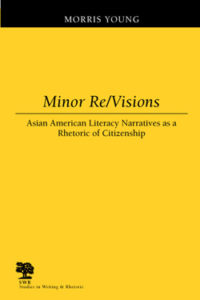 Through a blend of personal narrative, cultural and literary analysis, and discussions about teaching, Minor Re/Visions: Asian American Literacy Narratives as a Rhetoric of Citizenship shows how people of color use reading and writing to develop and articulate notions of citizenship. 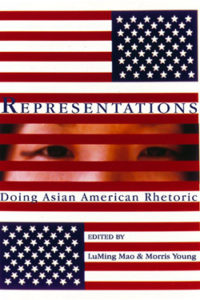 Despite tremendous growth in attention to and scholarship about Asian Americans and their cultural work, little research has emerged that focuses directly on Asian American rhetoric. Representations: Doing Asian American Rhetoric addresses this need by examining the systematic, effective use of symbolic resources by Asians and Asian Americans in social, cultural, and political contexts.